What you need to know

You’ve probably already heard that bison meat is a healthy alternative to beef. After all, eating bison is a health-food trend, according to the New York Times. But is it a trend that has teeth? And what are the real differences between bison meat and beef?

While bison does make a great alternative to beef — they are entirely different animals with different flavors, textures, nutritional values and environmental impacts.

Bison is the closest tasting meat to beef, but it toutes a stronger, sweeter flavor. This is particularly true of grass-fed and finished bison. Kerry Saretsky, a contributor to the food blog “Serious Eats,” said of bison meat, “It was so lean, so finely marbled—and yet much more tender, and softer, than beef. The flavor was more delicate, less pronounced, but still satisfyingly meaty. It instantaneously became my favorite meat.”

That tender, rich flavor means you get more for less. While certain cuts of bison can be more expensive than beef, you don’t need as much meat to make delicious steaks, burgers or tacos. 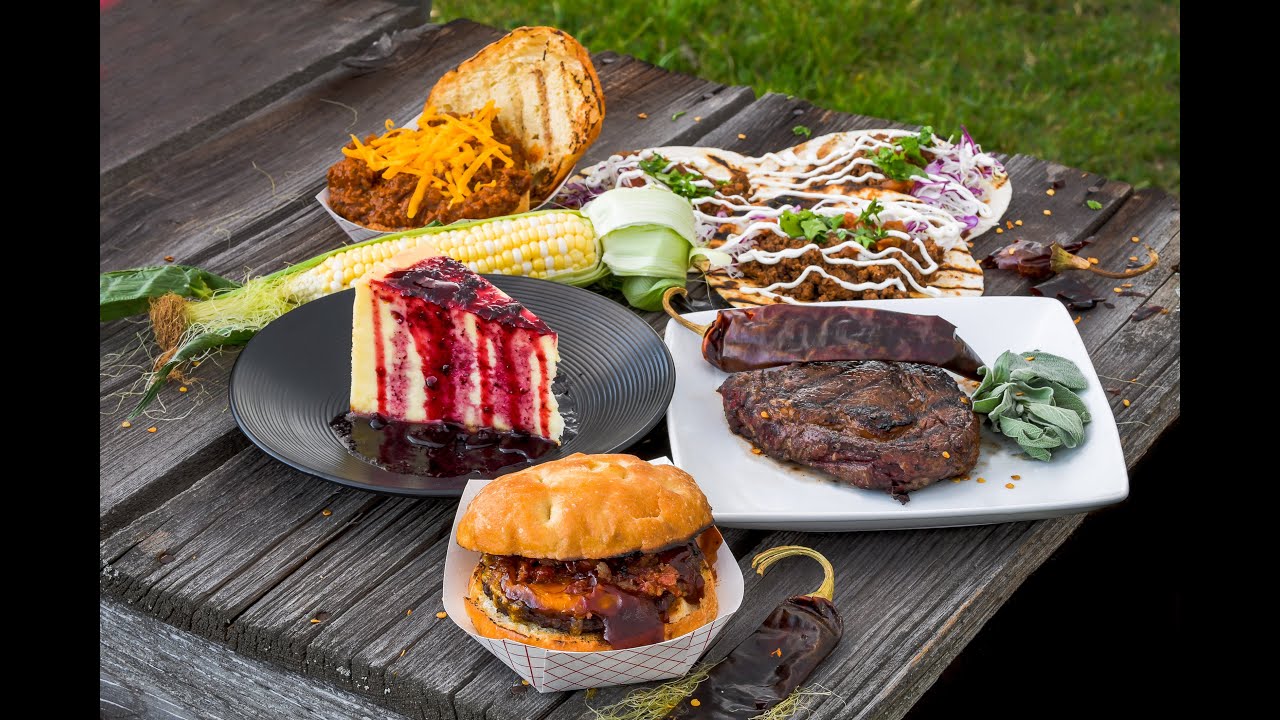 And because it’s less greasy than beef, with what people describe as a “clean” taste, it’s satisfying for both those that want that heavy, hearty slices of red meat and those that favor a more delicate cut.

Bison and beef have a similar texture, though the former can be slightly more chewy — in a good way. And, though bison are pasture-raised for the majority of their lives, neither bison or beef have a gamey, wild feel.

The National Bison Association warns to be careful of overcooking bison, which cooks faster than beef. Aim for medium-rare, which highlights the texture and taste of the meat. It can become chewy — in a bad way — and tough if overcooked.

The greatest difference between beef and bison lay in the health benefits because, let’s face it, both bison and beef can be delicious. Compared to beef, bison are:

For starters, bison aren’t treated with the antibiotics and hormones some cows are subjected to, antibiotics that can be harmful to humans.

A 3-ounce patty of grass-fed bison contains 152 calories and 7 grams of fat versus a 90% lean  beef burger with 184 calories and 10 grams of fat, according to the U.S. Department of Agriculture.

Grass-fed bison contain less saturated fat than beef (2.917 in 100 uncooked grams versus 3.927) and are lower in cholesterol by 10 milligrams.

Bison and beef contain, virtually, equal levels of protein, though bison meat boats more iron than beef: 2.78 milligrams compared to 2.24 in an equal cut of beef, which led Reader’s Digest magazine to name it a superfood for women.

Both grass-fed bison and beef are rich in omega-3s, though it’s common for bison to spend a majority of their lives out in pasture, unlike cows (the majority of which spend years in feedlots, the USDA says). Thus, most cuts of bison are richer in omega-3s than beef and have a better omega-3 to omega-6 ratio.

We’ve discussed before how important bison are to their grasslands ecosystem as a keystone species. Their grazing habits (they eat different types of grasses in different times of the year) encourage biodiversity and plant health. Healthy grasslands ecosystems are important in carbon sequestration (i.e. storing atmospheric carbon), which has numerous environmental benefits.

Cows, on the other-hand, are incredibly tough of the environment. They can deplete grassland ecosystems because, unlike bison, cows eat whatever.

Cows are also a major source of greenhouse gases — from the methane they flatulate (to be fair, bison also do this but there are way more cows, which exacerbates their ecological impact), to the energy it requires to feed, raise, ship and slaughter the animals.


Bison Bison is an undomesticated species, which means they’re left to be their wild selves more often than the domesticated cow. That ultimately means bison spend less or no time spent in feedlots, which have a mess of environmental impacts, from spreading disease to concentrating large amounts of waste.

So, yes, the rumors are true. Bison meat is better for you than beef. But you don’t have to give up beef, just yet. There’s room for two burgers on this grill.

Share Tweet Pin it Fancy Add
Decorating Your Dream Cabin to Fit Your Style Apr 11, 2018
What is a Grass-Fed and Finished Bison? Mar 21, 2018